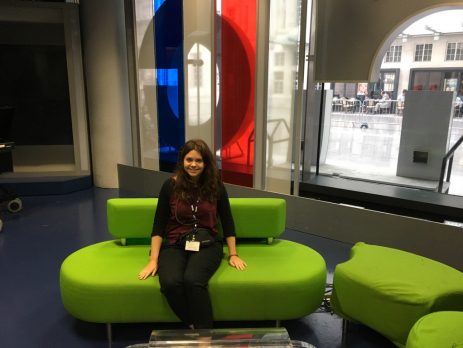 Emmey has recently joined the BBC, working on the production of The One Show.

After leaving the Bauer Journalism Programme she worked at That’s TV Manchester as a Video Journalist and Producer of their evening news and chat show ‘Daily Rundown’.

She also led all of their special programming including the only live EU Referendum coverage done in the UK by a local TV station.