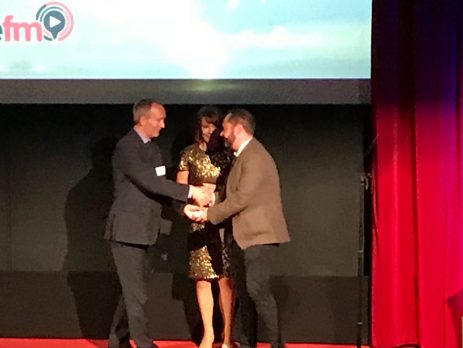 Paul, now at Radio City, was nominated in two categories with Wish FM and Wire FM including a feature on Warrington’s Viola Beach who were tragically killed in a car accident in Sweden whilst another former NBS graduate, Georgina Prodromou, was a nominee in the Student Journalist of the Year category.

NBS Director Tom Hunter, who attended the event, said “Following the launch of Albert Dock Radio on Wednesday, the recognition of two of our graduates by the judges this evening has topped off a wonderful week for the National Broadcasting School.

“The positive comments from some of the leading industry professionals about our courses and our commitment to developing exciting new talent was great to hear and with our new facilities in central Liverpool I’m sure the NBS will go from strength to strength.”

The NBS will be hosting two one-day taster courses next month with the first on 21st April as Radio City broadcaster Rick Houghton gives an introduction to professional radio skills whilst a week later, 28th April, Dave Downie will be hosting how to make podcast in a day.
Places are limited on both courses, which cost £99 each, and further details are available on www.nationalbroadcastingschool.com